The foundation for life in the Kingdom of God is delineated by Jesus in the Beatitudes (Matthew 5:3-10) as He began the Sermon on the Mount. This Bible study will look at each beatitude and how it is foundational for Christian living. 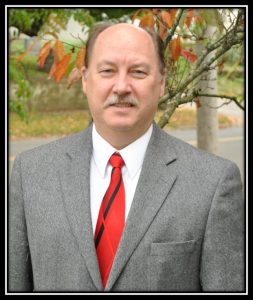 Dr. Paul Madtes Jr. received a BA in Chemistry from Eastern Nazarene College and continued his studies with an MS in Biophysics and a PhD in Biochemistry from Texas A&M University and a PhD in Biblical Counseling from Trinity Theological Seminary. Paul has been married to Judy for 36 years and they have raised two children: Sarah (28) and Matthew (23).

He is currently serving as Professor of Biology at Mount Vernon Nazarene University. He began his career as a Post-doctoral Fellow at the University of Texas Health Sciences Center and then as a Staff Fellow with the National Institutes of Health (National Eye Institute). He has since served as a faculty member in Nazarene Higher Education for 32 years
(4 years at Point Loma Nazarene College and 28 years at Mount Vernon Nazarene College/University). For his first sabbatical in 2001, he conducted biomedical research at The Ohio State University. During his subsequent sabbaticals, he has taught at European Nazarene College (fall, 2009) and Africa Nazarene University (fall, 2016). He is the author of 29 original biomedical research papers, 1 book, 7 chapters, 42 abstracts, and 25 invited presentations. He served on the Board of Directors for the Central Association of Advisors for the Health Professions (CAAHP) and as the Director of the Ohio Health Professions Advisors (OHPA). At the spring, 2017 meeting, Paul was given the Father Joseph Walter Award by the CAAHP in recognition of contributions to the advising profession at the local, regional, and national level.

Paul has continued to serve in ministry. He has devoted 49 years to Youth (Teen) Bible Quizzing – as a quizzer, coach, district director, regional director, tournament director, official, national consultant. He has been on the Board of Directors for the World Bible Quiz Association (WBQA) for 20 years and served as the President, Vice-President, and Member-At-Large. He was the founder of the Soli Deo Gloria Experience (Bible Quizzing tournament) and spent 32 years as a director. He serves on the Board of Directors for the Cape May Holiness Association Camp Meeting. He has devoted 30 years to leading a mentoring ministry with college students and 30-plus years teaching Sunday School classes in the local church. In the fall, 2016, Paul was given the 2016 ENC Alumni Achievement Award for his professional and ministry accomplishments. 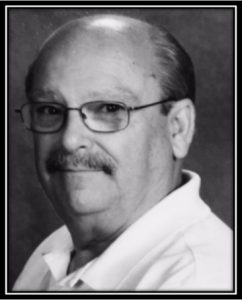 As an ordained elder in the Church of the Nazarene for over 45 years, Dr. Gates has made his mission to mentor, disciple, and develop many leaders who have gone into full-time Christian service as pastors, missionaries, and evangelists.  He has served as pastor for more than 35 years and 10 years as a missionary for the Church of the Nazarene to the Republic of South Africa, where he pioneered a work among the Ndebele people.  Following his missionary assignment, Dr. Gates served as Senior Pastor at Vineland First Church of the Nazarene for 16 years, where he also taught ordination courses for the Philadelphia District.  Following this assignment, Dr. Gates was invited to serve as Associate Professor of Religion at Trevecca Nazarene University, where he developed and taught graduate and undergraduate courses and developed a Missions Minor program for the University.  Simultaneously, he pastored Faith Community Church of the Nazarene in Tennessee.  Dr. Gates moved back “home” to rejoin the Philadelphia District as Senior Pastor in 2010 and served at Sea Shore Community Church of the Nazarene in Cape May, NJ, for four and a half years.   He is currently Lead Pastor at Pitman Church of the Nazarene and serves as Director of the Philadelphia District Ministerial Training Center.   Dr. Gates has a passion for lifelong learning and has focused on continuing his education throughout his career.  His undergraduate work was completed at Eastern Nazarene College in 1971, after which he attended Nazarene Theological Seminary.  He completed a Master of Church Management from Olivet Nazarene University in 1997, a Master of Religion from Trevecca Nazarene University in 1999, and a Doctor of Ministry from Wesley Theological Seminary in Washington, DC in 2002.

He is a churchman who believes that the Gospel of Jesus Christ and the holiness message is the most relevant message for our world today.