Samuel C. Bradway, 63, of Green Creek, NJ.  Passed away on Saturday, September, 23, 2017 surrounded by his loving family.   Sam was a life resident of Cape May County, and was a family man and devoted father and will be remembered as a bright shining light in the Communities and Churches he served.  Sam was the former Police Chief of West Wildwood, NJ,  a Captain and Assistant Chief of the West Wildwood Volunteer Fire Company,  active member of the Mason’s and former member of the Cape May County FOP Lodge # 7. He is survived by his adoring wife of 37 years, Helena Bradway,  his five children, Maribel, Nicolas ( Danielle ),  Timothy ( Lauren ), Elizabeth and Merrill,  3 grandchildren, a brother, Edwin Bradway, and a sister, Barbara ( Cookie ) Novsak .

Gary L. Bush went to be with the Lord on Wednesday, January 17, 2018 at his home in Levittown at the age of 69. Born in Phillipsburg, PA, Mr. Bush has been a long time resident of Levittown. He was a devout Christian and attended Calvary Chapel of Philadelphia and the Seashore Church of the Nazarene in Cape May, NJ. He proudly served in the United States Army with honor and dignity. Until his retirement in 2016, Gary was employed with Steamfitters Local #420 as an H.V.A.C. mechanic. Gary served on the Board of Directors and was the Head Trustee of the Cape May Holiness Association, Erma Camp. He devoted most of his spare time helping others whenever needed. Gary was happiest when he was at Erma Camp working on the grounds and improving the facilities for all to enjoy. He brought joy and touched many people’s lives in so many ways. He was the beloved husband of 50 years to Holly K. (Gavlak), and was the loving father of Mike (Danielle) and Amethyst Bush. His pride and joy were his Grandchildren Brian and Isabella who will miss him dearly. Everyone who knew him knows Gary is now walking the streets of Gold with his parents and has heard, “Well done my good and faithful servant.” 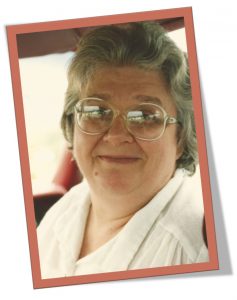 Priscilla Seymour of Hamilton passed away November 29, 2017 at the age of 83. Priscilla was born September 14, 1934 in West Chester, PA. She was the wife of the late Joseph M. Seymour and is survived by her children Yvonne M. (John) Boquist, Lewis M. (Paula) Seymour and Pamela J. Seymour; grandchildren Patricia Boquist and Elizabeth (Joey) Smith. She is also survived by her brother Oren (Faye) Woodward and her sister Anna (Bob) Scheidly. Priscilla was the Nursing Administrator for the City of Hamilton Public Health Department for many years and was an active member of the Millville Avenue Church of the Nazarene.